Meet The Truffle
Meet the Truffle 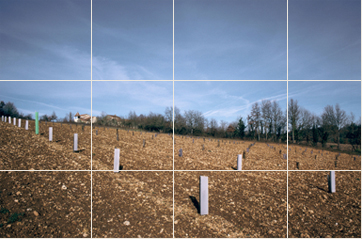 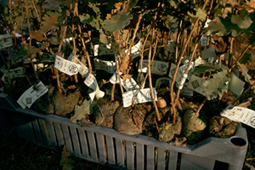 black truffle oil is great; subtle + sophisticated AND ... so easy to use! a home run if you want to make an impression
— Clyde Designs

invited to one of those classy Saturday night Beacon Hill's dinners; everyone would come with their usual flowers. We brought a 0.45 Oz jar of winter black truffles. Next day hostess texts me: "Thank you for the truffles, the most elegant dinner present I've ever been offered!" Ben L., Weston, MA 02493
— Ben L., Weston, MA 02493

Until fairly recently, truffles —like many other fungi— could only be hunted and gathered, not cultivated. There were several attempts on truffle agriculture along history, but it wasn’t until the relationship between a truffle fungi and their host plant (a symbiosis called Mycorrhiza) was fully understood, that some degree of success was obtained.

Science has allowed for significant progress in the field of truffle germination and growth. Although the crucial factors involved in the process, are still largely dependent on nature and its changing conditions « The truffle remains in essence a wild crop, random, following its own agenda » (from the book « Truffles » by Elizabeth Luard).

In ideal conditions, one can expect a new plantation to yield its first crop in about 5 years however; most young truffières do not start producing black truffles before 7 to 10 years, if they ever produce at all.

The Ideal Conditions
When it comes to truffle growing, many complex and changing aspects need to be taken into consideration. The ideal conditions however, for both wild and cultivated truffles, can be briefly described as follows:

Soil
The quality and characteristics of the soil, determine which species of truffle it is suitable for. For all species, the soil needs to have enough porosity to allow oxygen to reach the fruiting body. Rocky soil, rich in minerals, almost never produces truffles. It is also common for truffles to « share » their habitat with other fungi, naturally attracted by the same conditions (the reason why it is not rare to find other varieties, such as chanterelles, pieds de mouton, etc. along with Périgord black truffles for sale in the same market stand).

The typical terrain for Périgord black truffles is well aerated, with natural free draining. The amount of certain minerals —such as sands, silts or clays— is never excessive on black truffle soil, whereas other truffle species such as the Burgundy or the Bianchetto, are found on considerably sandy soils. Organic components and nutrients are also very important (up to 8% of organic matter is usually found on black truffle terrain). In France, geographic areas containing iron-rich, red limestone are reputed for producing the best black truffles. Other components commonly present are magnesium, calcium, moderate levels of phosphorus and little sodium.

Truffle Trees
Truffle fungi germinate in the roots of several tree species, developing a symbiotic relationship with them. The most common kind is oak; hazel, lime and poplar are secondary sources (although they are becoming more popular among producers). Oak generally allows for a faster growth.

Choosing and Preparing a Site
Soil can be tested in order to guarantee its quality; an expensive process. However, the key decision-making factor when establishing a truffière is knowing whether or not that specific kind of truffle can be found naturally in the area. Climate must be within the species natural range.

When choosing the location, the appearance of the land, canopy and soil quality (ideal soil characteristics are mentioned above) should be carefully studied. It is also important to watch for other fungi growing in the same area, certain species —particularly Ectomycorrhiza fungi— compete for space on truffle host plants, interfering with (and even blocking) their full development.

Finally, some preparation is necessary on the site intended for truffle growing:

In Conclusion
Truffle agriculture is still at an early stage. A more focused scientific approach is helping to overcome many of the difficulties long associated to it; laboratory research and experimental work are making traditional methods for truffle growing evolve. An international, extremely competitive market dictates stronger business rules. Specialized organizations strive for more strict production and trade regulation.

These challenges, their complexity and the many mysteries still unresolved in the truffle world, make this delicacy all the more desirable and intriguing. Truffes.com invites you to meet the truffle and experience it first-hand today, through our top of the line truffle product selection.